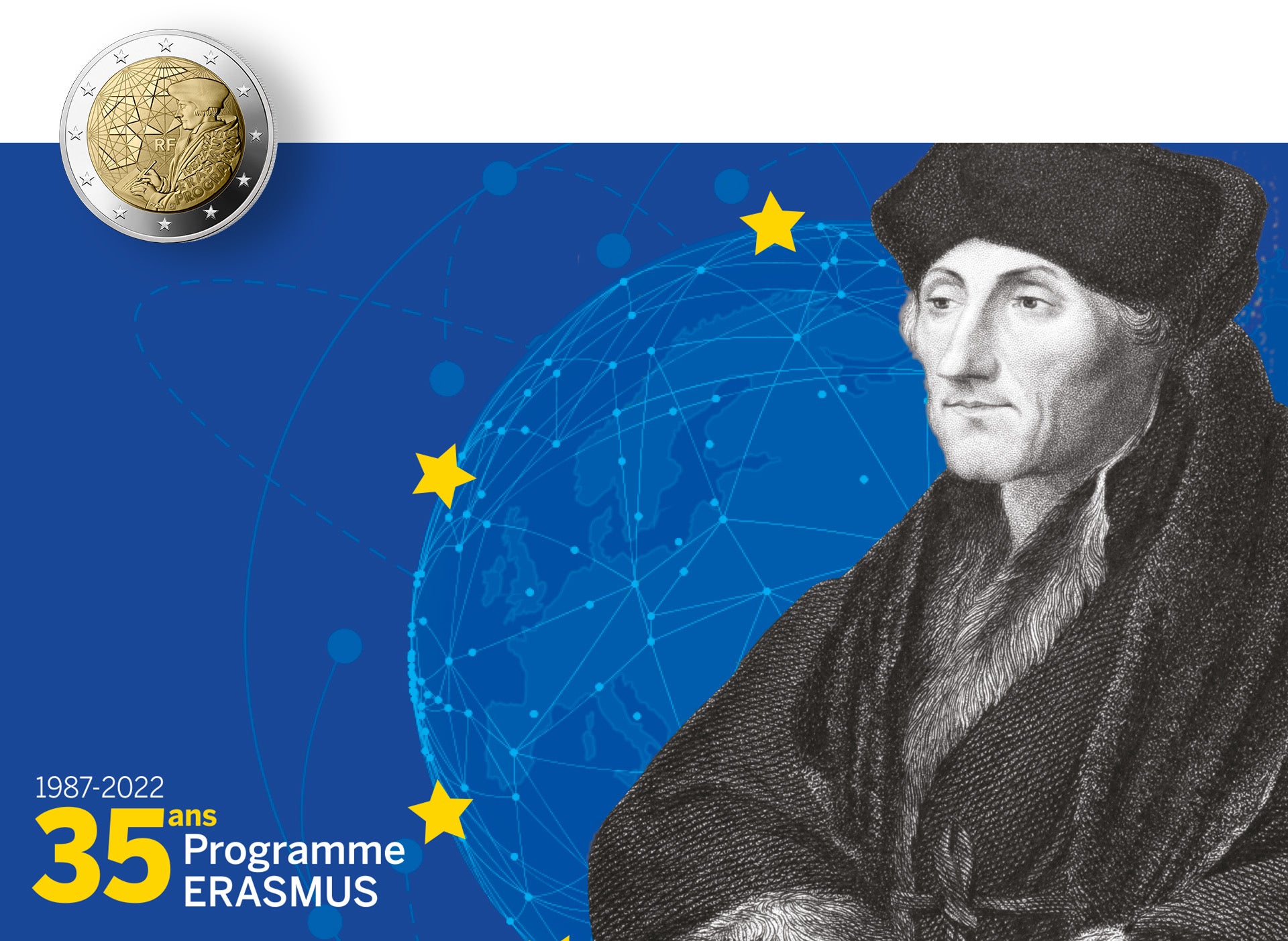 Each year, Monnaie de Paris launches one or more commemorative 2€ coins to pay tribute to a public figure, an institution or a cause. Available in Proof quality but also in Universal Brilliant in coincard, discover our different collections.

Discover the emblematic commemorative 2€ coins of the last few years with the coin in support of medical research in 2020, UNICEF in 2021 and the 90th birthday of Jacques Chirac in 2022.

On the occasion of the 35th anniversary of its launch, Monnaie de Paris pays tribute to the Erasmus programme with a 2€ commemorative coin.

2021 marks the 75th anniversary of UNICEF. On this occasion, Monnaie de Paris decided to honour and support UNICEF’s commitment by creating a 2€ commemorative collection.

2020 will remain marked by the global health crisis related to Covid-19. In order to pay tribute to the nursing staff and to all those involved in this crisis, Monnaie de Paris has created a 2€ commemorative coin, available in Uncirculated and Proof quality, to support medical research.