20 years of the euro 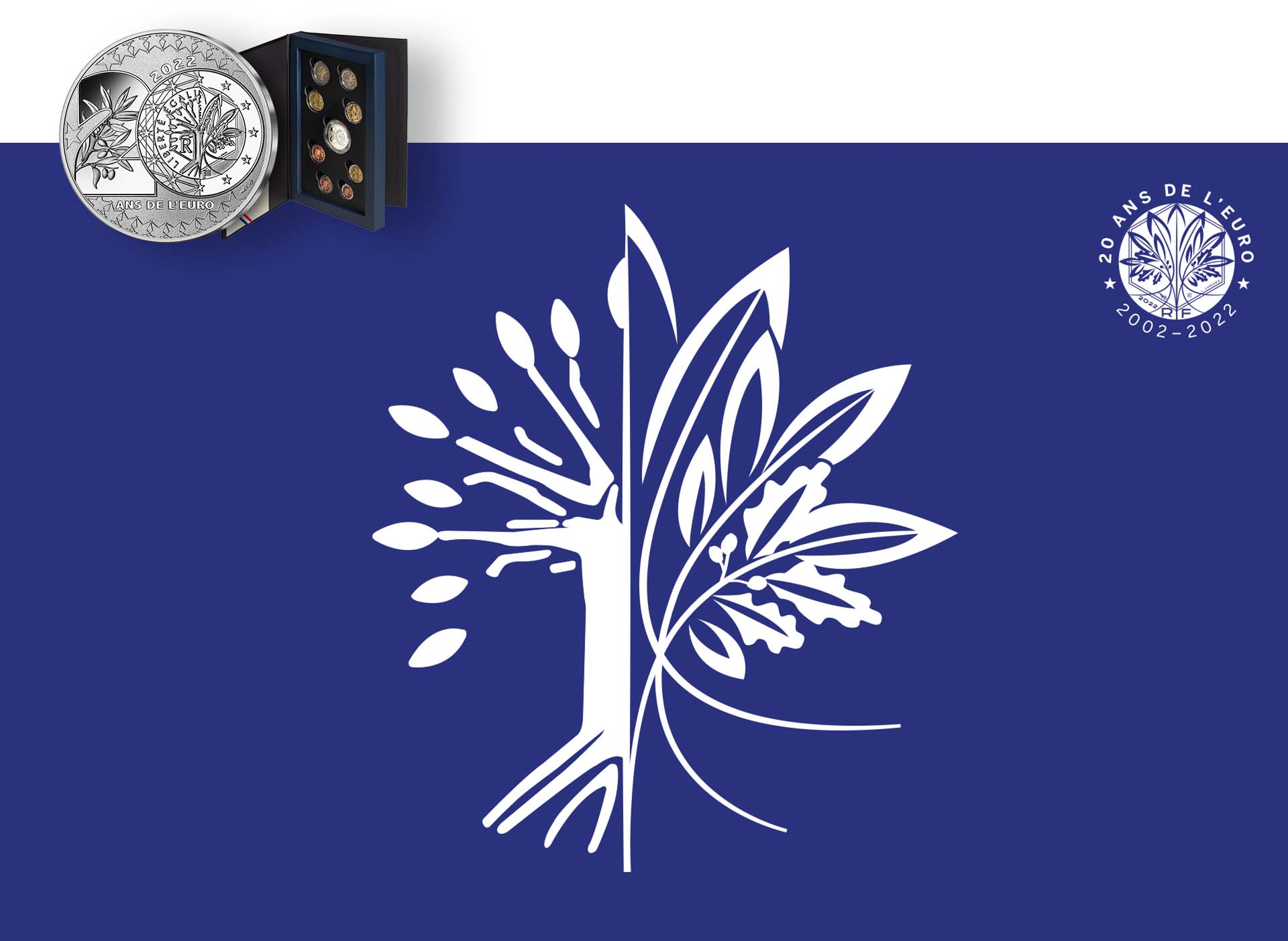 Officially put into circulation at midnight on 1 January 2022, the euro sounded the death knell for the franc. Monnaie de Paris is celebrating the second part of the euro's anniversary in 2022 with a collection of gold and silver coins.

The 20th anniversary of the euro is a major event for the world of numismatics. I felt it was important to pay tribute to the franc, which gave up its place to the common European currency in January 2002. The 20 years of the euro coins therefore bear an olive branch, an attribute of the franc, which can be found 20 years later in the form of a tree on the new face of the €1 and €2 coins.

This commemorative coin celebrates the 20th anniversary of the euro as well as the famous French Franc that marked a whole generation. To symbolise this tribute to the 20 years of the Euro, strong symbols are present: the olive branch to refer to the Franc, the evolution of the tree of life design, both created by Joaquin Jimenez, the first in 1999 and the second in 2022. This collection also contains a special proof quality set with the 20€ silver coin.