The victory of samothrace 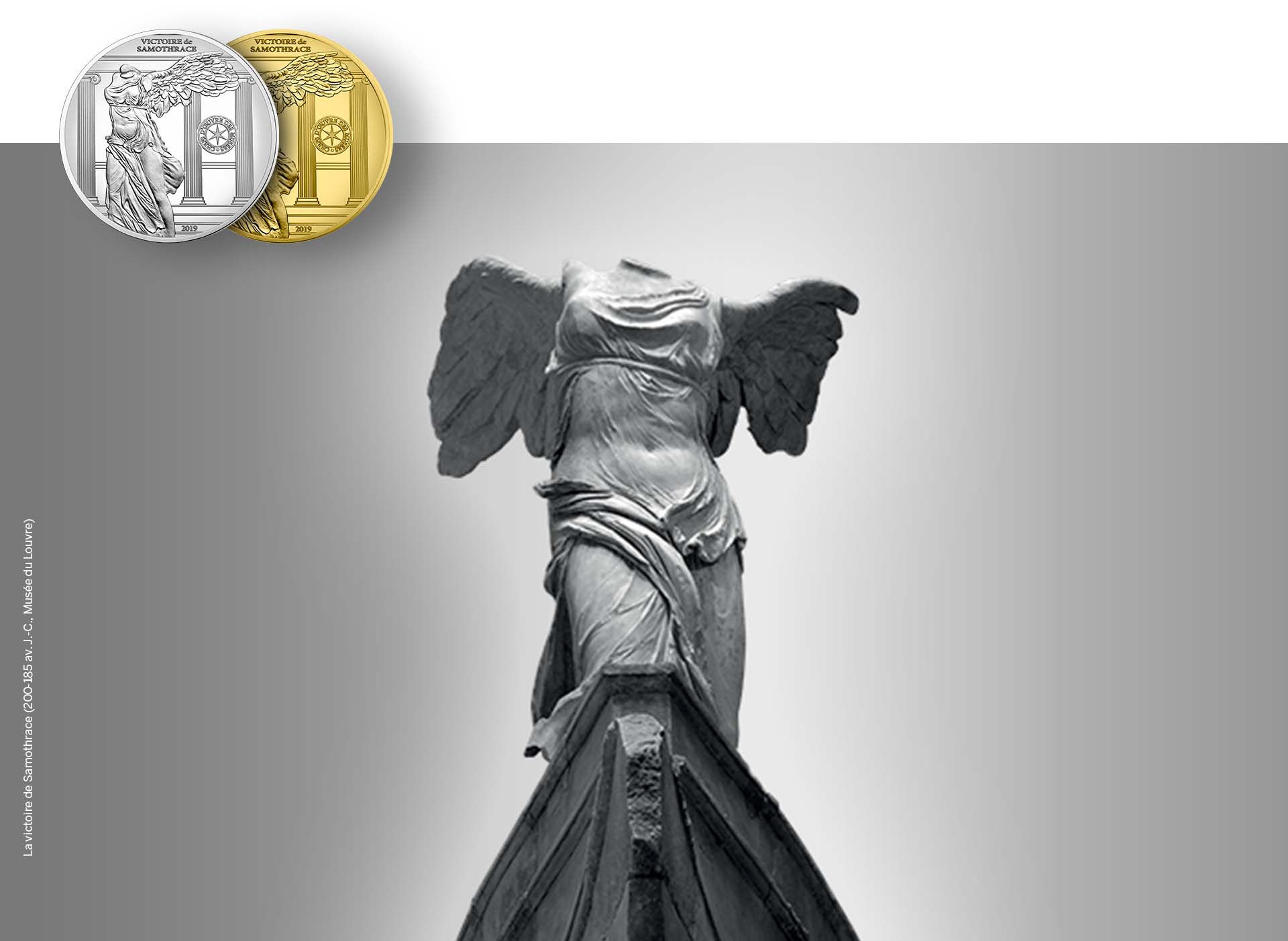 Initiated in 2017, the series pays tribute to some of the greatest masterpieces in our museums, highlighting one painter and one sculptor each year. This year, the Victory of Samothrace is being honoured.

On the face of the Victory of Samothrace coins, we find the famous sculpture of Nike, the goddess of victory in ancient Greece. The columns in the background refer to the room in which the sculpture is displayed in the Louvre Museum, but also to those of the Parthenon.

Common to the series, the reverse side of the coin shows different views of major french museums. The Musée d'Orsay with its clock, seen from inside, and one of the façades of the Louvre, on the upper part of the coin; the staircase of the Centre Pompidou and the façade of the Musée Rodin on the lower part.