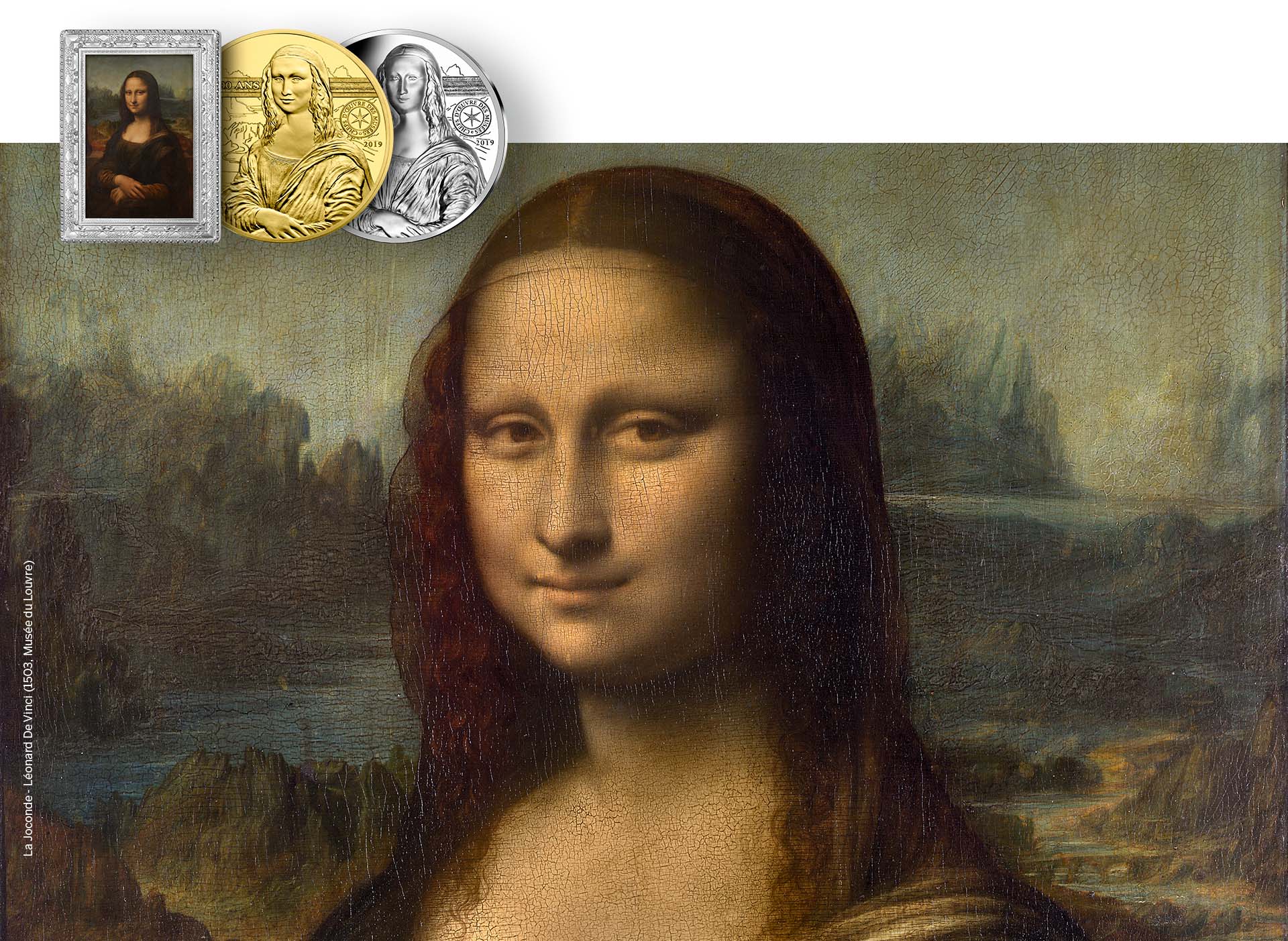 Initiated in 2017, the series pays tribute to some of the greatest masterpieces in our museums, highlighting one painter and one sculptor each year. This year, Leonardo da Vinci's Mona Lisa is featured.

The Mona Lisa silver coins are available in two formats. The 10€ silver coin is rectangular and coloured, to be as close as possible to the original work of Leonardo da Vinci. The 20€ Silver coin is struck in high relief. The collection is completed by 2 gold coins.

Common to the series, the reverse of the coin shows various views of major french museums. The Musée d'Orsay with its clock, seen from inside, as well as one of the façades of the Louvre, on the upper part of the coin; the staircase of the Centre Pompidou and the façade of the Musée Rodin on the lower part.

The 10€ silver coin featuring the Mona Lisa is rectangular and stamped, while the 20€ silver coin is struck in high relief. Part of the frame of the painting appears in the background with the name of the work and the author, while the words "500 years" refer to the anniversary of the death of the Italian genius, who died in 1519.