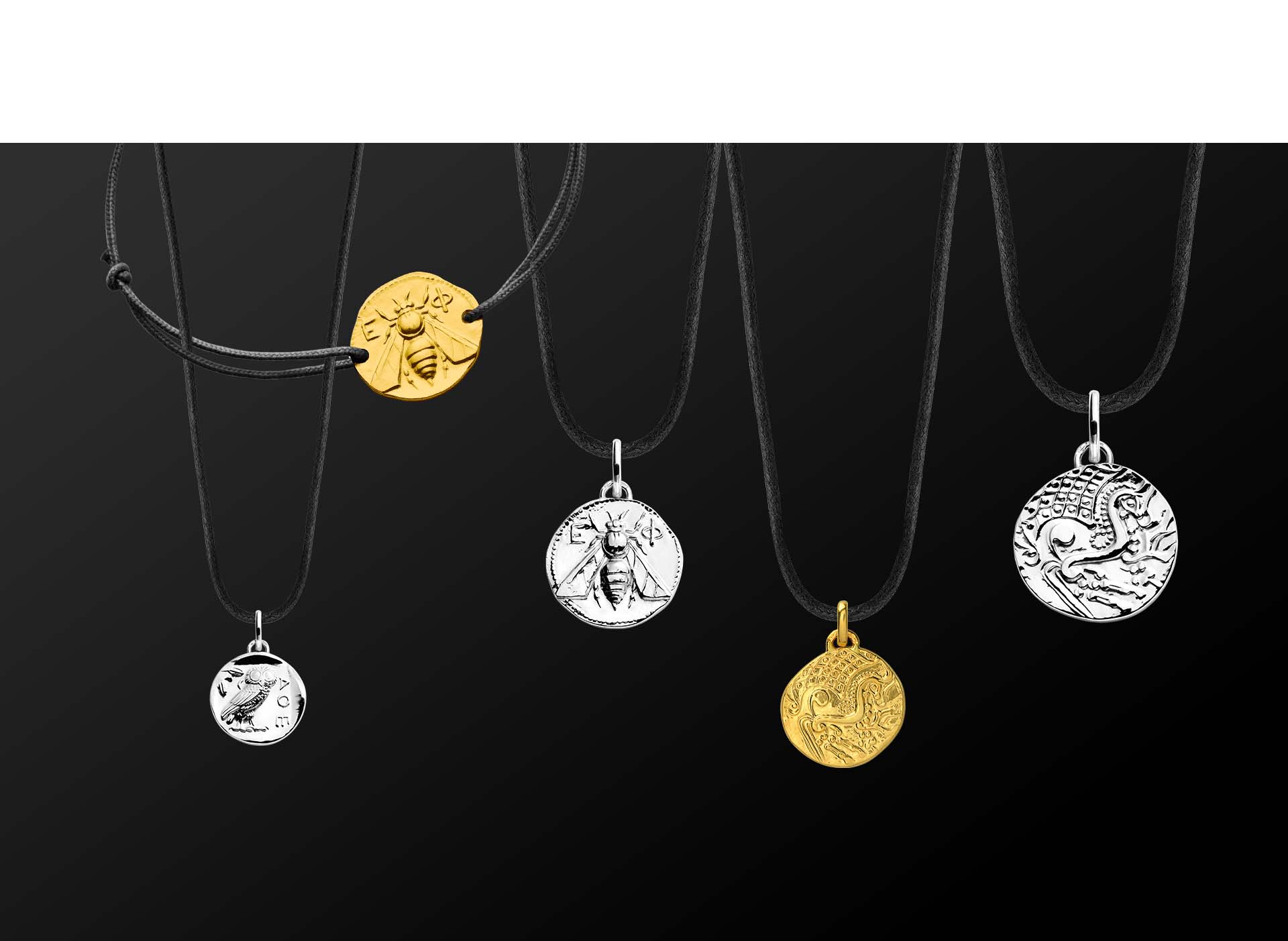 Three ancient coins highlight this series. The Athen's Owl (around 450 B.C.), symbol of the Greek goddess Athena, and the Ephesus Bee (4th century B.C.), emblem of Ephesus. This type of currency became a means of "international" payment in all Mediterranean countries. The third is the Gallic Horse, reproduction of the great Parisii gold Stater (1st century B.C.). It represents the establishment of the gaul power in Lutecia facing the roman hegemony in the western Europe.